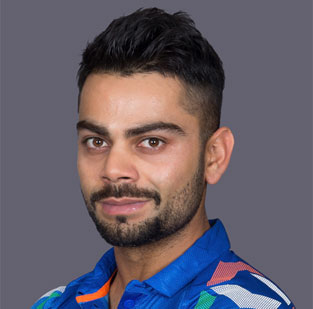 
Virat Kohli (born 5 November 1988) is an Indian cricketer player who currently captains the India national team. He is a right-handed batsman, often regarded as one of the best batsmen in the world. He captained India Under-19s to victory at the 2008 Under-19 World Cup in Malaysia.

Kohli also became the first to score over 500 runs in a bilateral ODI series, he scores 558 runs in 6-match series during tour of South Africa 2017-18.