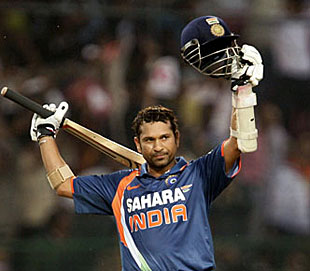 
Tendulkar last played helmetless (without helmet) in a cricket match in 1994 during the triseries one-day game against New Zealand at Delhi on the day of Diwali. He went into first drinks break wearing helmet after 17 overs with his score 62 in 54-balls. He resumed innings after the break with a cap and was duly out in the first over after the break.

Batting legend Sachin Tendulkar, while achieving the magical figure of 99 international hundreds during the India-South Africa Group B match on Saturday, became the first one to score 20 one-day international (ODI) centuries in his home country.

Tendulkar to Retires After 200th Test