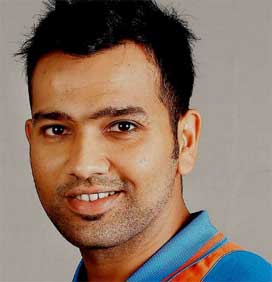 
Rohit Sharma (born 30 April 1987 in Nagpur) is a right-handed batsman and an occasional right-arm off break bowler who plays for Mumbai in domestic cricket.

Having started his international career at the age of 20, Rohit made his ODI debut on 23 June 2007 against Ireland. He played 108 ODIs before Test debut in 2013.

On 13 November 2014, Rohit Sharma scored 264 against Sri Lanka at Eden Gardens, Kolkata, which is the highest individual score in ODIs. He also first captain scores double century in ODIs.

Openers power as India to seal series with an easy win

Williamson 95 in vain as Rohit win Super Over