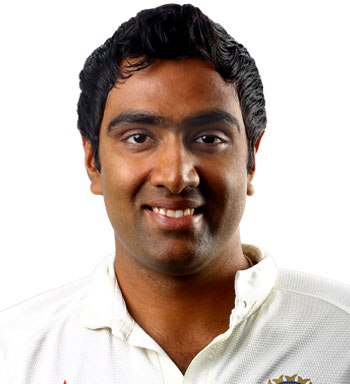 
Ravichandran Ashwin (born 17-Sep-1986; Madras, Tamil Nadu) is an all-rounder right-handed batsman and right-arm offbreak bowler, who plays international cricket for India. He made his International debut in ODI against Sri Lanka at Harare on Jun 05, 2010.