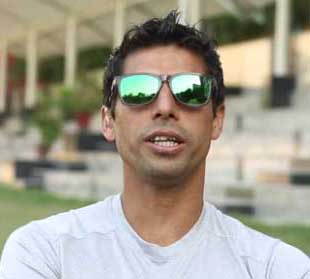 
Ashish Nehra is an Indian cricketer who has represented India at the international level from 1999-2017. He is left-arm medium fast bowler started playing first-class cricket for his hometown, Delhi, in the 1997/1998 season. His ability to swing the ball both ways

On 11 Oct. 2017, he announced his retirement from all forms of cricket and informed the BCCI that the T20 match against New Zealand on November 1, 2017.

He makes international debut in Test match against Sri Lanka and picked up only Marvan Atapattu wicket in first match. Nehra's figure of 6-23 against England in 2003 World Cup is best figures recorded by an Indian bowler in the mega event.

Nehra to retire from all forms of cricket on November 1

Nehra to Miss First Few IPL Matches Due to Injury

Ashish Nehra May Miss Final With a Fractured Finger

Praveen Kumar Ruled Out of 1st ODI, Nehra Replace Him

Kohli, Bhuvneshwar star as India crush Afghanistan by 101 runs [+]
India dominated the whole match and outplayed their opposition on a huge scale.

Shanaka, Rajapaksa clinch thriller for Sri Lanka [+]
Sri Lanka are now a step closer to reaching the finals, while India on the brink of Asia Cup elimination.

Rizwan, Nawaz Guide Pakistan Thrilling to Win [+]
Rizwan scores brilliant 71 off 51 balls proved to be the difference between both the sides.